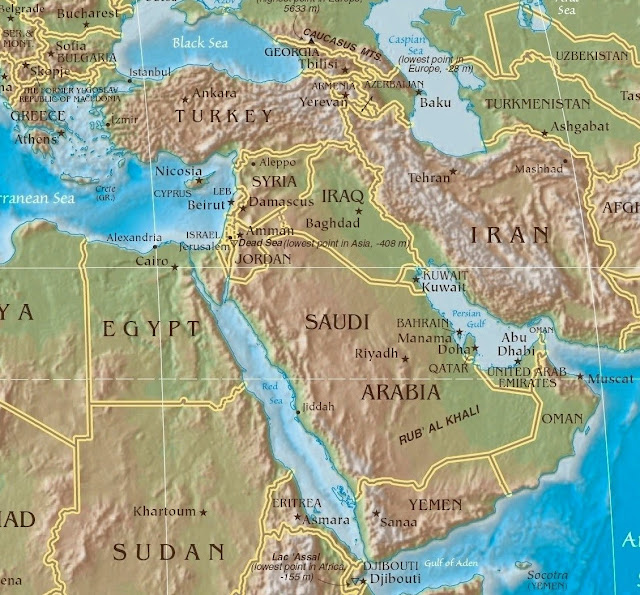 Odds are “Yes, they will”…why? Because Erdogan has put all of Turkey’s economic future in a crap shoot with rigged US dice.

What most people seem to forget is that Turkey is occupied by the US military with at least four military bases where they are very protective of the oil and gas Pipelines that pass through Turkey such as the B.T.C. “Baku, Tbilisi, Ceyhan Pipeline.”

The United States has not conceded defeat in Syria, in fact, they are more determined than ever, to get back into Syria anyway they can, so Turkey still remains their Plan “A” in wresting control of the region. Although US patience is wearing thin, the Americans still support “Plan A” which is why they are not serious about stopping Erdogan’s belligerent insanity…nor are they serious about a cease fire.

An invasion of Syria by Turkey and the Gulf Arab States, win or lose, works in the Americans favour either way because if Erdogan starts to win, the US will allow him to seize control of Kurdish territory in Syria including Syrian oil fields… however, if it appears there will be a Turkish defeat then the US will seize the opportunity to step in and create an independent Kurdish state on the basis of “Protecting them” from an out of control dictator. The US does not care about Syria or the Syrian people, Kurdish or not, only that they get their way.

The Kurds are the American “Plan B” and are being used for the overall US empirical plan, which is the total control of energy supplies under the US reserve currency. Dividing Syria and Iraq has long been the US plan and would become more likely since an independent Kurdish state could connect the Iraqi & Syrian Oilfields through a long corridor through Syria to the Mediterranean Sea…

If the US loses Syria, they lose their financial strangle hold on Europe because it will allow future Russian and Iranian Oil & Gas to flow to Europe. Europe is energy deficient and needs Oil and Gas to survive and if the Americans lose control of the energy supply to Europe, the US dollar loses its status as the Global Reserve Currency, because the independent nations no longer sell their oil in US dollars, the amount of which will grow exponentially.

Oil and gas energy is what drives global economics and the US does not have resource control of Iran or Russia who are connected to economic powerhouse China…unlike the Gulf Arab States who have everything tied up to the American dollar…add to this fact that the US is bankrupt with their a 19 Trillion dollar deficit and a 700 Trillion dollar derivatives bubble sitting on their currency. So everyone connected to the US dollar, especially Saudi Arabia have a lot to lose…this is also why we wont see higher oil prices unless the US somehow gains control of Syria.

…of course being cut out of that deal could also be part of why Turkey is so adamant about controlling the entire region, from Iraq to Syria and all the way to the Mediterranean. They sure as hell do not want the Kurds to have any economic clout since a large share of Turkey’s oil and gas revenue comes from their sponsored ISIS Terrorists occupying both Iraqi & Syrian Oil Fields, and right now all of it is in jeopardy.

The US gave Turkey the go ahead to invade and control Syria, but if Turkey can’t finish the job, then the US will just create the Kurdistan corridor to achieve their goal…Erdogan will then be History and a new puppet in Turkey will be put in his place…

The US is being extremely deceptive regarding Syria and Turkey. Don’t be fooled by appearances, the US is playing an extremely long and dangerous game while buying time for the Turkish and Saudi forces to mass for a possible last ditch invasion force into Syria…if an invasion does happen then look for the US to tie up the Russians in Crimea via Ukraine and also look for the Saudi’s & their Gulf State sponsored terrorists to tie up Hezbollah in Lebanon…the winter’s almost over so beware the ides of March…
---------------------------------------
Important Food for Thought

Putin announces Syrian ceasefire agreement with the US

Posted by Stewart at 2:41 PM No comments: 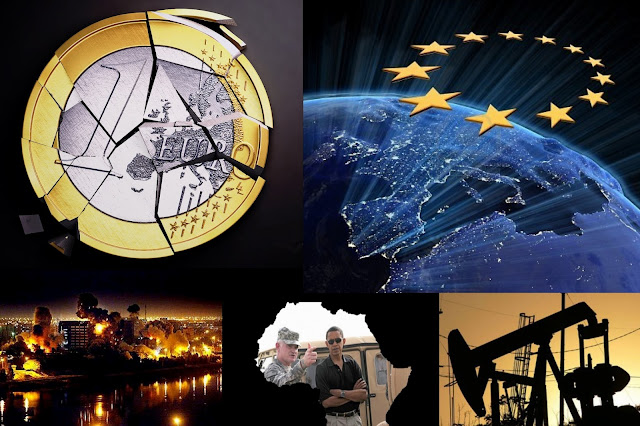 The European Union teeters on the brink of total collapse, because the US stubbornly insists that Europe fall inline with American economic and militaristic foreign policy…

The Americans are directly responsible for Europe’s energy supply problems as are the Europeans themselves for joining American destabilization plans in Libya, Syria, Ukraine and then Russia via an unsuccessful sanctions war.

The steady supply of oil and gas to Europe was disrupted by the EU’s own stupidity which carries the long term prospects of saddling their energy poor Nations with economic collapse by continuing their obedience to US geopolitical and economic directives…as most people already know, access to cheap energy is directly proportional to the health of an economy, so desperation is continuing to intensify as time ticks on without resolution to their problem.


The European economy is hurting for a number of reasons including gross financial corruption, but the forced sanctions on Russia and the prospect of an unstable gas supply that runs through the Ukraine, is taking a heavy toll and driving economic powerhouses like Germany to irreparable financial ruin. Russia understands this, which is why Russia is doing everything in its power to build oil and gas pipelines to save Europe via new pipeline routes bypassing Ukraine through the Baltic Sea and Black Sea.

The Russian moves have angered the Americans, who do not want Europe to build stronger economic ties with Russia, in fact it would prefer that the EU does not deal economically with Russia at all. Why? Because Russia is an independent nation that is opposed to US economic control over their country, and Russia is a big part of the emerging economic bloc with China, Iran, India, and to a smaller extent South America.

The Loss of National Independence

The Independence of the individual European states was crushed by the birth of the Euro currency and later by legislation through the European Parliament. Not only did the Euro currency seize control of all the nations that bought into it, but it removed their economic independence and put it in the hands of an elitist few private bankers.

The US controls global economics, including the European Union through their Global Reserve Petro Dollar, the IMF, World Bank, rigged Stock Markets, and of course their military.

US economic and military policies have delivered nothing but strife to vast regions of Europe, so, how much longer will the people of Europe allow the European Parliament and its US master to dictate their future?

The results have brought the EU an unprecedented economic depression, war just outside their borders, millions of homeless people and refugees, with a dismal future staring straight at them.

Don’t you think it’s time for all this insanity to stop? Here’s a short list of what needs to be done to resolve all the problems affecting Europe:

If the European countries do not begin to change course, all of Europe will cease to exist economically, politically, culturally, and socially in the future…and if Europe continues to support the belligerent proxies of US hegemony, all of Europe will be dragged into a third World War. Europe will not survive any of these real threats, therefore the people need to take action now. The choice at the moment, is yours, and I’m speaking directly to the citizens of all the European nations…if your political leaders remain deaf dumb and blind, then it will be up to you to rise up and make change…if you don't rise up and speak out now, your leaders will continue down the road to total collapse…

The US Government, represented by Joe Biden, has chosen whom Europe will get its oil and gas from instead of letting Europeans choose for themselves…they chose Turkey to be a vehicle of that energy. However, in 2015, after accepting Syria’s invitation to help the Syrian people against a four year invasion by foreign terrorists attacking their country, Vladimir Putin exposed Turkey and its role in illegal oil smuggling with the ISIS terrorists…

Since these terrorist oil pipelines running through Turkey have been disrupted, I wouldn’t be surprised if the next thing the American’s do, will be to “Insist” that the Europeans continue their war on Libya, who of course, have lots of Oil and Gas…

Posted by Stewart at 1:08 PM No comments: