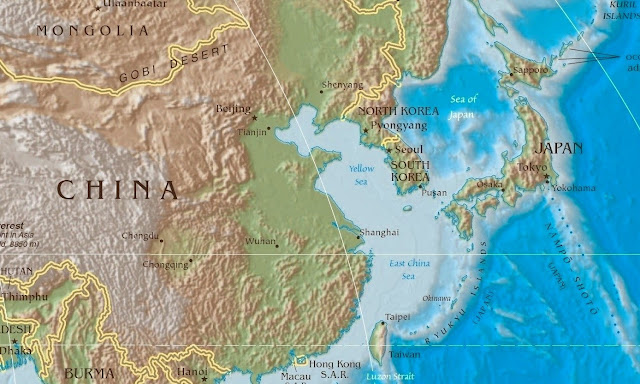 North Korea detonated a miniature nuclear weapon today Jan 6th, 2016 that carries with it a new reality, which could threaten peace on the Korean peninsula.

This will certainly keep a few people up at night, especially at the Pentagon in Washington…

When the Korean War ended with an Armistice in 1953, no lasting peace treaty was ever signed, leaving the two Koreas at war. The continued US Military presence in South Korea has kept the two sides from mending their differences ever since and has fed a steady escalation in military posturing by both sides.

Today’s announcement by the North Korean Government, that they successfully tested a miniature nuclear device, is the most serious weapons escalation on the Korean peninsula to date.

Let’s get straight to the point.

In the aftermath of today’s Nuclear test announcement by North Korea, their threat of a nuclear weapons build up and the possibility of sharing this technology with other nations if the US Government continues to threaten it, is of grave concern, because one of the options on the table at the pentagon will be the pre-emptive and total destruction of the North Korean regime. This military option will be strongly argued for in light of the serious threat carried in the North Korean official statement. I don’t have to tell you what that means…

If we consider the US policy defeat in the Middle East, the belligerent war hawks in Washington will be screaming “Off with their heads” and it will be difficult to stop their proposed course of military action considering their position in Korea for the past 66 years.

The US Military’s argument will be to take out a serious North Korean threat by military force before they can build up an arsenal of nuclear weapons or pass this technology onto other groups and it’s going to be difficult to dissuade them because as much as the United States is criminally guilty for crippling North Korea with sanctions, invoking a trade war, and constantly provoking them militarily, Kim Jong Un’s North Korea has just made a serious threat, albeit in response to American military threats.

Here is the paragraph in the Official Statement that I'm referring to...

"The DPRK, a responsible nuclear-weapons state, will neither be the first to use nuclear weapons nor transfer relevant means and technology under any circumstances as already declared, as long as the hostile forces for aggression do not encroach upon its sovereignty."...

North Korea states that they wont share their technology, “as long as the hostile forces for aggression do not encroach upon its sovereignty...what this statement implies is, if the US or South Korea continues to harass North Korea, (and you know they will), North Korea WILL share the nuclear technology with others...this is the part of the North Korean statement that needs to be called out by everyone for clarification...it is very dangerous.

The question arises, "Who would North Korea sell or trade their technology away to?"

When the US “continues” to harass North Korea and the UN Security Council imposes more sanctions on North Korea for their nuclear test on January 6th, 2016, there will be plenty of customers willing to BUY a nuclear weapon from North Korea...Saudi Arabia comes to mind...here Saudi Arabia tries to buy a Nuclear Weapon from Pakistan...and you can be sure that Turkey will look for a protective edge as well based on their proven ties with terrorism in Syria and their Imperial aspirations of a New Ottoman Empire; a nuclear bomb would certainly go a long way to achieving that agenda...or simply to sooth Turkish President Erdogan's extreme paranoia

The US is Looking for Any Excuse to Destroy North Korea

The United States is not a rational regime when it comes to any nation that exerts its economic independence, and so the US will not negotiate, nor will it stop threatening North Korea. In fact, today’s announcement might just give the green light to the insane American military to start a war on North Korea even though the Korean War was never technically allowed to end.

Official Statement from North Korea after successfully testing of a Nuclear Weapon. 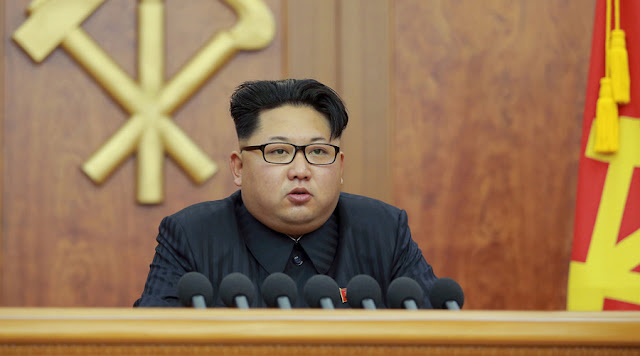 "There took place a world-startling event to be specially recorded in the national history spanning 5,000 years in the exciting period when all service personnel and people of the Democratic People’s Republic of Korea are making a giant strides, performing eye-catching miracles and exploits day by day after turning out as one in the all-out charge to bring earlier the final victory of the revolutionary cause of Juche, true to the militant appeal of the Workers’ Party of Korea (WPK).

The first H-bomb test was successfully conducted in the DPRK at 10 a.m. on Wednesday, Juche 105 (2016), pursuant to the strategic determination of the WPK.

Through the test conducted with indigenous wisdom, technology and efforts, the DPRK fully proved that the technological specifications of the newly developed H-bomb for the purpose of the test were accurate and scientifically verified the power of smaller H-bomb.

It was confirmed that the H-bomb test, conducted in a safe and perfect manner, had no adverse impact on the ecological environment.

The test means a higher stage of the DPRK’s development of nuclear force.

By succeeding in the H-bomb test...the DPRK proudly joined the advanced ranks of nuclear weapons states possessed of even H-bomb and the Korean people came to demonstrate the spirit of the dignified nation equipped with the most powerful nuclear deterrent.

This test is a measure for self-defense the DPRK has taken to firmly protect the sovereignty of the country and the vital right of the nation from the ever-growing nuclear threat and blackmail by the U.S.-led hostile forces and to reliably safeguard the peace on the Korean Peninsula and regional security.

Since the appearance of the word hostility in the world, there has been no precedent of such a deep-rooted, harsh and persistent policy as the one the U.S. has pursued toward the DPRK.

The U.S. is a gang of cruel robbers which has worked hard to bring a nuclear disaster to the DPRK, not content with having imposed the thrice-cursed and unheard-of political isolation, economic blockade and military pressure on it for the mere reason that it has differing ideology and social system and refuses to yield to the former’s ambition for aggression.

The Korean Peninsula and its vicinity are turning into the world’s biggest hot spot where a nuclear war may break out, since they have been constantly stormed with all nuclear strike means of the U.S. imperialist aggressor troops, including nuclear carrier strike group and nuclear strategic flying corps.

While kicking up all forms of economic sanctions and conspiratorial “human rights” rackets against the DPRK with the mobilization of hostile forces, the U.S. has made desperate efforts to block its building of a thriving nation and improvement of the people’s living standard and “bring down its social system”.

The DPRK’s access to the H-bomb of justice, standing against the U.S., the chieftain of aggression watching for a chance to attack it with huge nukes of various types, is the legitimate right of a sovereign state for self-defense and a very just step no one can slander.

Genuine peace and security cannot be achieved through humiliating solicitation or compromise at the negotiating table.

The present-day grim reality clearly proves once again the immutable truth that one’s destiny should be defended by one’s own efforts.

Nothing is more foolish than dropping a hunting gun before herds of ferocious wolves....

The DPRK is a genuine peace-loving state, which has made all efforts to protect peace on the Korean Peninsula and security in the region from the U.S.’s vicious nuclear-war scenario.

The DPRK, a responsible nuclear-weapons state, will neither be the first to use nuclear weapons nor transfer relevant means and technology under any circumstances as already declared, as long as the hostile forces for aggression do not encroach upon its sovereignty.

There can neither be suspended nuclear development nor nuclear dismantlement on the part of the DPRK unless the U.S. has rolled back its vicious hostile policy toward the former.

The army and people of the DPRK will steadily escalate their nuclear deterrence of justice both in quality and quantity to reliably guarantee the future of the revolutionary cause of Juche for all ages. 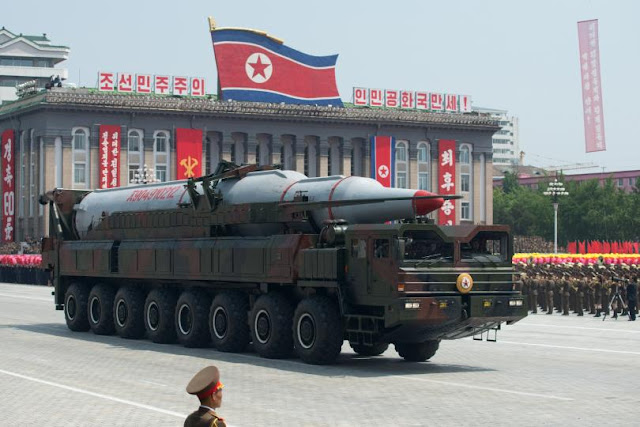 The real solution here is to end the Korean War once and for all with a final peace agreement between the two Korea’s and for the United States to leave the Korean Peninsula to let them sort out their own differences…let cooler heads prevail.

Unfortunately, there are no cool heads in Washington…let’s hope this ends well for the sake of everyone…