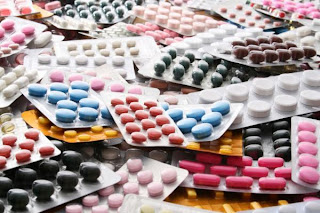 The annual cost of the Canadian health care system is about 100 Billion dollars. Considering that we are 33 million people or 10% of the Population of the USA, American costs would be 1 Trillion dollars. This is based on a linear comparison of population VS costs, and also using the Canadian model. Given time, the costs will rise because the Healthcare system is based on the fluctuating needs of the sick and injured.

Cost should not be the major issue unless the majority of the population that pays income tax is impoverished. An impoverished nation is not able to support its basic needs or infrastructure and simply cannot afford it. This is what the US politicians, the corporations, the insurance cartels, and the Banksters are claiming in the USA; that “America does not have the money for single payer healthcare”. Well that is just a bunch of crap!

There are some things that require a closer look and the spending of public funds is a major one. For example, it costs the US tax payers 1 Trillion dollars to maintain the more than 700 military bases in Europe and Asia, and that does not include funding the wars or giving money away to countries like Israel, Saudi Arabia, and Egypt.

The US debt is currently 15 Trillion dollars. That equates to an annual interest payment of 600 Billion dollars to private banks before the principal is even touched. The US GDP is about 56 Trillion dollars annually. Think about that for a moment. Where is that money going? What are the US government’s priorities?

The Insurance cartel, turn a profit of over 10 Trillion dollars a year from the US citizens through healthcare insurance. No wonder they have a huge lobby spewing negative ads to proposed changes in the health care system! Obama is not going to change things if he continues to involve the insurance companies. Following this path is not called change; it is called the status quo.

Change will come when people become political atheists and not bicker among themselves through party affiliation. There has to be a 3rd voice...and that is the voice of common sense and reason.

Be Well,
Stewart Brennan
Posted by Stewart at 11:02 AM No comments: