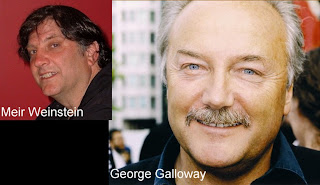 I was brought up to support and defend human rights and moral values that Canadians and my Country of Canada once stood tall and proud for. I still believe in those Peacekeeping values and that is why I felt compelled to speak out here.

For the last four years, the Canadian people have been left wondering what has happened to the leadership in this Country. A great country where Angry fear mongering Lobby groups have become the voice of our puppet government, where hatred, fear mongering, and horrendous accusations have become the voice of Parliament. They don’t even stand up for Canadians in peril abroad anymore.

The JDL are a vicious political Israeli Zionist lobby group that are every bit as evil and determined as the Nazi’s of World War 2. They do not represent the Jewish community of Canada. They represent Israel’s violent political agenda and are in political control of Canada behind the scenes.

The leader of the JDL, Meir Weinstein, has an agenda to control and eliminate Canada’s freedom of speech through censorship and false accusations and labeling of people as terrorists or anti Semitic. His recent political strong-arming of the Canadian Government to ban British MP George Galloway from entering the Country is an open attack on human rights and freedoms. Something I take very seriously as should many of you.


The fact that Weinstein convinced PM Steven Harper that British MP George Galloway should be banned from entering Canada because Weinstein labeled him a terrorist supporter is OUTRAGEOUS! Not only should Harper apologize publicly for this gross insult but also Weinstein and his JDL should be investigated for subversion, insurrection, malice and treason for their aggressive attacks on minority groups in Canada! I ask everyone out there to investigate this group for your selves and if you come to the same conclusion, please join me in removing this group’s ability to create fear mongering, censorship, and racial discrimination! Do not let them continue to dictate Canadian policy!

My father was a member of the Black Watch in the Canadian Armed Forces during WW2. He fought to end tyranny not to have it spring up in our Country by Political Lobby groups like the JDL. 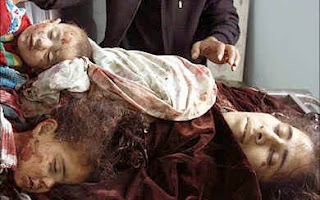 JERUSALEM (Reuters) - Israel's military was rocked on Thursday by Gaza war veterans' accounts of soldiers' killings of civilians and allegations that deep contempt for Palestinians pervaded its ranks.

The soldiers, alumni of a military academy, gathered last month to discuss their experiences in the 22-day Israeli offensive that ended in January, a campaign that Palestinians and human rights groups have said warranted war crimes probes.
Disclosing details of the session, the institution's director said the soldiers pointed to an atmosphere within the military of "unbridled contempt for, and forcefulness against, the Palestinians."

"They talked about unwarranted fire on Palestinian civilians. There was also talk of vandalism to property," Danny Zamir, head of the Yitzhak Rabin pre-military program, told Israel Radio.

Defense Minister Ehud Barak responded to the accusations by repeating Israel's description of its armed forces as the most moral in the world. The military said its judge advocate-general had ordered an investigation of the alleged incidents.
Excerpts from the veterans' discussion appeared on Thursday on the front page of the left-leaning Haaretz daily. It said the airing of the "dirty secrets" would make it more difficult for Israelis to dismiss such allegations as Palestinian propaganda.
It has been rare for Israeli soldiers to speak out about the killing of Palestinian civilians in the operation that Israel launched in the Hamas-ruled Gaza Strip in December with the declared aim of halting militants' cross-border rocket attacks.

One of the soldiers, an infantry squad leader, recalled an incident in which he said an army sharpshooter killed a Palestinian mother and her two children who turned the wrong way after troops ordered them out of their house.

"The platoon commander let the family go and told them to go to their right. One mother and her two children didn't understand and went to the left ... The sharpshooter saw (them) approaching him, closer than the lines he was told no one should pass. He shot them."

The squad leader said most of the men under his command felt "the lives of Palestinians ... is something very, very less important than the lives of our soldiers, so as far as they are concerned, they can justify it that way."
Zamir said he conveyed the veterans' accounts to the Israeli military. Israeli leaders have said Hamas bears ultimate responsibility for civilian deaths because its fighters operated in crowded Palestinian areas.

Another squad leader who attended the academy said at the gathering that a company commander had ordered an elderly Palestinian woman shot as she walked on a road about 100 metres (yards) from a house that troops had taken over.

meters Describing vandalism carried out by soldiers, the squad leader said: "To write 'death to the Arabs' on the walls, to take family pictures and spit on them, just because you can -- I think this is the main thing, to understand how much the IDF (Israel Defense Forces) has fallen in the realm of ethics."

The Palestinian Center for Human Rights (PCHR) has put the Palestinian death toll during the war at 1,434 -- 960 civilians, 235 fighters and 239 police officers. Israeli officials have disputed the figures. Thirteen Israelis were killed
On Thursday, an Israeli think-tank, the International Policy Institute for Counter-Terrorism, challenged the conclusion that close to 1,000 civilians were killed. It said that a statistical analysis of PCHR's list of civilian casualties showed a disproportionate number of young men of fighting age.

The Israeli army has given no figure for Palestinian dead.
Zamir said that while veterans at the alumni session had not directly taken part in war crimes, "they felt uncomfortable because they could not prevent them."
(Additional reporting by Ivan Karakashian; editing by Andrew Roche)
Posted by Stewart at 7:49 PM No comments: 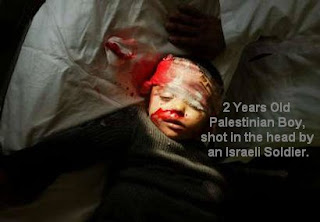 "If it is not possible to do so, then launching the attacks is inherently unlawful and would seem to constitute a war crime of the greatest magnitude under international law," Falk said.

"On the basis of the preliminary evidence available, there is reason to reach this conclusion," he wrote in an annual 26-page report submitted to the U.N. Human Rights Council.

Falk gave the same death toll from Israel's offensive in December and January -- 1,434 Palestinians, including 960 civilians -- as the Palestinian human rights center.

Israel, which lost 13 people during the war, disputes the figures and has accused Hamas fighters in Gaza of using civilians as human shields during the conflict -- an allegation which Falk said should be investigated.

He called the Israeli attacks a "massive assault on a densely populated urbanized setting" in which the entire civilian population had been subjected to "an inhumane form of warfare that kills, maims and inflicts mental harm."

"As all borders were sealed, civilians could not escape from the orbit of harm," he said.

This denial of people's right to flee the war zone as refugees may also constitute a crime against humanity, he said.

Falk called for an independent experts group to probe possible war crimes committed by both Israeli forces and Hamas. It should gather eyewitness testimony as well as explanations from Israeli and Palestinian military commanders.

Violations included Israel's alleged "targeting of schools, mosques and ambulances" during the offensive, which lasted from December 27 to January 18, and its use of weapons including white phosphorus, as well as Hamas's firing of rockets at civilian targets in southern Israel.

Falk said that Israel's blockade of the coastal strip of 1.5 million people violated the Geneva Conventions and this suggested further war crimes and possibly crimes against humanity.

The aggression was not legally justified and may represent a "crime against peace" -- a principle established at the Nuremberg trials of Nazi war criminals, according to Falk, an American law professor who serves as the Human Rights Council's independent investigator.

Falk, who is Jewish, suggested the Security Council might set up an ad hoc criminal tribunal to establish accountability for war crimes in Gaza, noting Israel has not signed the Rome statutes establishing the International Criminal Court
He was denied entry to Israel two weeks before the assault started, forcing him to abort a planned mission to Gaza. In his report, he said that the refusal had set an "unfortunate precedent" for treatment of a special rapporteur.

On Monday march 23rd, 2009, he is to present his report formally to the Human Rights Council, a 47-member forum where Islamic and African countries backed by China, Cuba and Russia have a majority. Neither Israel nor its chief ally the United States are members.

(Editing by Mark Trevelyan and Jonathan Wright)
Posted by Stewart at 7:41 PM No comments: