In memory of Michael C Ruppert 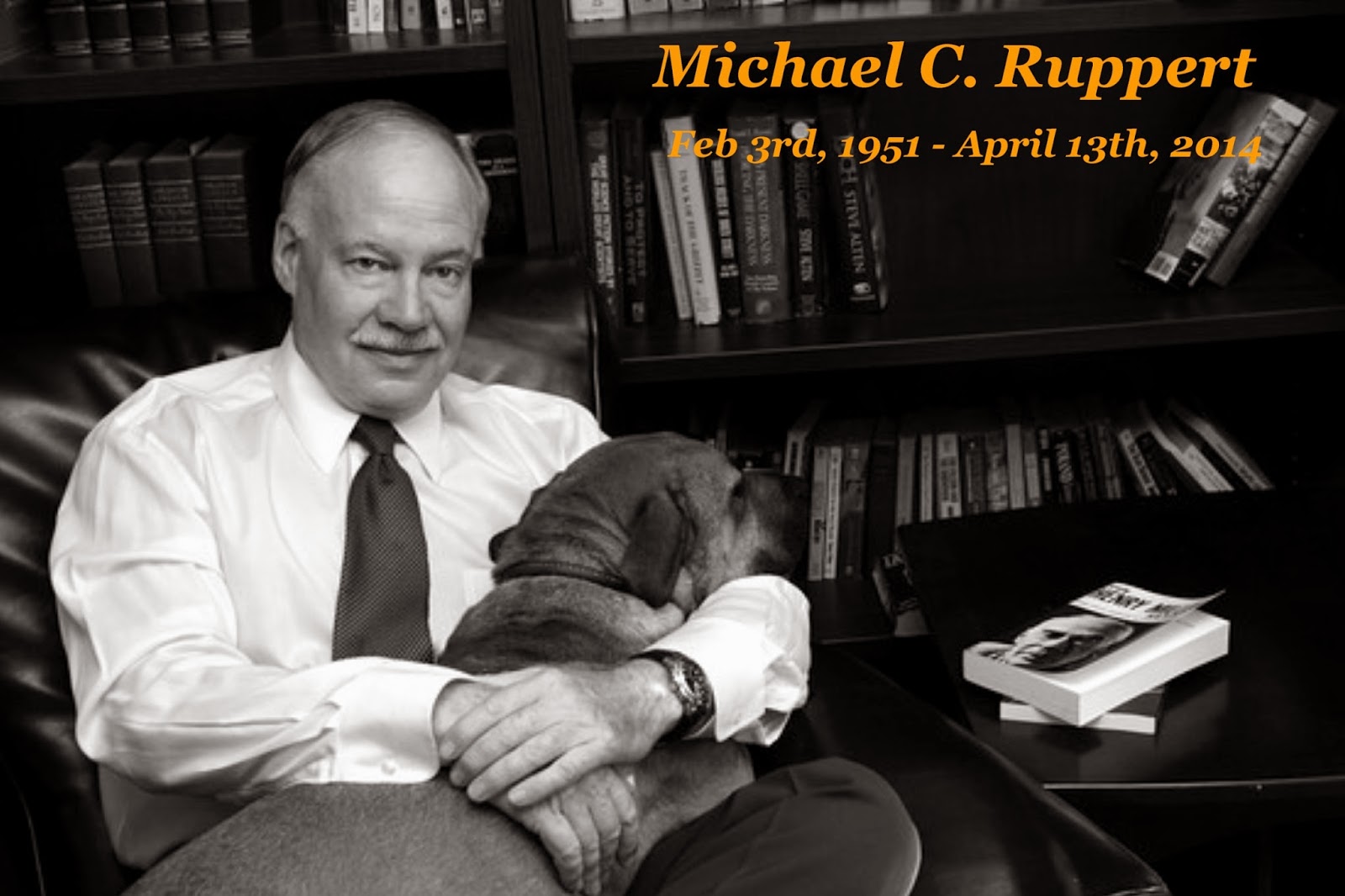 
Today I mourn the passing of my friend and tracker of truth “Michael C Ruppert”.


To all those that have been touched spiritually, emotionally and intellectually by Michael’s walk and his calling in life, I grieve with you, as we are all Michael’s family.


From the moment I first heard him, Michael has always spoken my heart and mind…even though we have never met other than on the social medium of Facebook. He was my teacher and my brother, and I will miss him dearly.


The awakening that Michael generated by his work has grown exponentially, which I’m sure is the kind of exponential growth Mike would have approved of….8-) Michael always talked about that hundredth monkey and how he longed to see that moment when change would happen. Well I believe that we, Michael’s followers, are that hundredth monkey he so often spoke of…by virtue of our unity and dedication to making the world a better and safer place to live in as was his vision. We have grown stronger by what Michael C. Ruppert stood for and taught us in our shared walk together.

The last song Michael played on the Lifeboat hour “Calling All Angels” was meant for us. In a way, you could say his life was like a calling for all Angels to awaken and address the immediate distress that exponential industrial growth has wrought on our planet.


Michael was our tracker of truth and beacon of light, he was our wake up call, and our bridge over troubled waters. Michael Ruppert was our leader in mind and heart…and to me, Michael was the ultimate warrior of truth…Gods warrior.


I can’t help but feel that Michael called us all together over the past 15 years, and gathered us on his Facebook page in his last steps to pass on the torch with one final lesson…to Unite.


For in reality, we are not only united in our grief of his passing but also in the knowledge we have shared together. Michael spoke truth to power and in doing so shone brightly in confidence, courage and wisdom. The light of his actions has resonated within all of us as we stood there in awe of a most courageous leader, and tracker of truth. We are empowered and at one in truth, empathy and love by him…


We are Michael’s hundredth monkey…Michael’s Army of truth, justice, love and respect.


Michael is still with us in spirit, and will remain so even after we are gone. Rest in Peace Michael C Ruppert, my friend, our leader, and now Earth’s guardian Angel.


Peace be with you my brother.

The Death Of Michael C. Ruppert - Narrated by Jack Martin

Crossing the Rubicon (Part 2 of 2)