The former US national security adviser says the ongoing crisis in Syria has been orchestrated by Saudi Arabia, Qatar, and their western allies.


“In late 2011 there are outbreaks in Syria produced by a drought and abetted by two well-known autocracies in the Middle East: Qatar and Saudi Arabia,” Zbigniew Brzezinski said in an interview with The National Interest on June 24.

He added that US President Barack Obama also supported the unrest in Syria and suddenly announced that President Bashar al-Assad “has to go -- without, apparently, any real preparation for making that happen.”

“Then in the spring of 2012, the election year here, the CIA under General Petraeus, according to The New York Times of March 24th of this year, a very revealing article, mounts a large-scale effort to assist the Qataris and the Saudis and link them somehow with the Turks in that effort,” said Brzezinski, who was former White House national security adviser under Jimmy Carter and now a counselor and trustee at the Center for Strategic and International Studies and a senior research professor at the School of Advanced International Studies at Johns Hopkins University.


Criticizing the Obama administration’s policies regarding Syria, he questioned, “Was this a strategic position? Why did we all of a sudden decide that Syria had to be destabilized and its government overthrown? Had it ever been explained to the American people? Then in the latter part of 2012, especially after the elections, the tide of conflict turns somewhat against the rebels. And it becomes clear that not all of those rebels are all that ‘democratic.’ And so the whole policy begins to be reconsidered.”

“I think these things need to be clarified so that one can have a more insightful understanding of what exactly US policy was aiming at,” Brzezinski added.

He also called on US officials to push much more urgently to draw in China, Russia and other regional powers to reach some kind of peaceful end to the Syrian crisis.

“I think if we tackle the issue alone with the Russians, which I think has to be done because they’re involved partially, and if we do it relying primarily on the former colonial powers in the region-France and Great Britain, who are really hated in the region-the chances of success are not as high as if we do engage in it, somehow, with China, India and Japan, which have a stake in a more stable Middle East,” Brzezinski said.

“I’m afraid that we’re headed toward an ineffective American intervention, which is even worse. There are circumstances in which intervention is not the best but also not the worst of all outcomes. But what you are talking about means increasing our aid to the least effective of the forces opposing Assad. So at best, it’s simply damaging to our credibility. At worst, it hastens the victory of groups that are much more hostile to us than Assad ever was. I still do not understand why -- and that refers to my first answer -- why we concluded somewhere back in 2011 or 2012 -- an election year, incidentally that Assad should go.”

Foreign-sponsored militancy in Syria, which erupted in March 2011, has claimed the lives of many people, including large numbers of Syrian soldiers and security personnel.

the New York Times said in a recent report the CIA was cooperating with Turkey and a number of other regional governments to supply arms to militants fighting the government in Syria.

The report comes as the US has repeatedly voiced concern over weapons falling into the hands of al-Qaeda-linked terrorist groups.

Zbigniew Brzezinski on Syria : "US is engaging in mass propaganda

Posted by Stewart at 7:02 AM No comments:


Millions of people, including children, toil in bonded labor in India, even though the practice has been outlawed for years.


The Real News – Official Website
http://therealnews.com/
The Real News - YouTube
http://www.youtube.com/user/TheRealNews
Posted by Stewart at 7:22 AM No comments:


Sami Abuskhade: the Israeli discourse denies the very existence of the Naqba, but after decades of denial Palestinians are finally able to bring their history to light.

Posted by Stewart at 6:48 AM No comments:

PRISM Whistleblower — Edward Snowden in his own words


By: Laura Poitras and Glenn Greenwald

Posted by Stewart at 6:38 AM No comments: 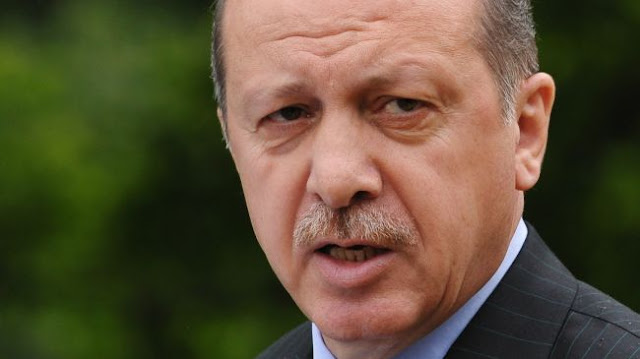 
Turkey has been protesting for over a week now, thousands have gathered in huge numbers in Istanbul, Ankara, Izmir, Mugla, Antalya, and many other cities and towns.


According to initial media reports the protests were in reaction to a planned demolition of Gezi Park, a traditional gathering point for rallies and demonstrations, the park is also a popular tourist destination and Istanbul’s last green public space.

The number of protesters has only increased with each passing day and Istanbul’s Taksim Square has become the center of protests. What started as a peaceful sit-in protest soon turned violent when the police force; under direct orders from the government, started using violence to disperse the protesters. Amnesty International observers at the protests witnessed the use of water cannon and tear gas against peaceful protestors. Later in the week, two major trade union members with a huge strength of 600,000 went on a strike to express their support for the protesters facing police brutality.

Testimonies of protesters, lawyers, civil society observers and medical professionals at the scene and video evidence confirm the use of widespread brutal tactics employed by the police at demonstrations continuing across central Istanbul.

Reports suggest that thousands of protesters have been injured and at least three have succumbed to their injuries. According to a press release by Amnesty International on 3 June 2013, “The Turkish Medical Association has said that as many as 4,100 people injured during the police response to protests have been treated in hospitals across Istanbul over the past two days. Two of them had life threatening injuries and five remain in intensive care as a result of injuries sustained at demonstrations in the city.”

For what are the people protesting?

At the face value the protests look like a reaction to save the last green public space in Istanbul, however the causes are more than what meets the eye. According to reports in the Turkish media, the demolition of Gezi Park is to pave way for a Mega Shopping Mall and the Mayor of Turkey, Kadir Topbas from the ruling Justice and Development Party (AKP), is the owner of a retail chain that will have an important presence in the mall. Moreover, Erdogan’s son-in-law, Berat Albayrak is believed to have bagged the contract for the development of the mall. The ruling Justice and Development Party (AKP), is severely criticized for widespread cronyism and support for those who fund their electoral campaigns. The rising politician-businessman nexus in Turkey has eroded the people’s trust in the government.

Additionally, Ankara’s economy has witnessed a steep fall for the last two years. According to the Wall Street Journal, “Turkey's rate of economic growth slowed sharply to 2.2% in 2012, as weak domestic demand and spillover from the European debt crisis took its toll after two years of rapid expansion that rivaled China.”

Turkish economy’s meteoric fall has brought along with it the perils of inflation, unemployment and a troubled market. The very economy that was hailed for its pace of growth is now experiencing a downward slump, thanks to the spillover of the European debt crisis.

Suppression of journalists and rights activists

Another important factor that has resulted in widespread discontent is the blatant suppression of journalists, human rights activists and lawyers. Turkey tops the list of countries known for brutal suppression of freedom of press and is the first country in the world that has the largest number of journalists imprisoned.

Hundreds of Turkish journalists are languishing in jails and more than a thousand face charges of supporting terrorists and other unspecified charges. Any journalistic activity that criticizes the government, its policy, scandals, etc. is dealt with an iron fist. Several journalists had to leave their jobs or got fired because of pressure from the Turkish government. One of Turkey’s famous journalists, Ertugrul Mavioglu, once said: “You can write anything, but only under constant threats of unemployment, fines, arrest or worse.”

Erdogan’s lust for power and position has blinded him to atrocities towards his own people and the neighboring Syrians. Despite his claims of supporting the Syrians, his real intentions in Syria are not a secret anymore.

One of the biggest allies of the Western-led, Arab-funded and Israel-directed sabotage and regime change operation in Syria is the Erdogan-led Turkish government. Since the beginning of the bloody terrorist insurgency in Syria, the Turkish authorities have done their level best to support terrorism and sabotage across the border.

Ankara has taken the lead in providing training, logistical support and a safe transit way to the terrorists fighting against Damascus. Furthermore, Ankara has hosted numerous conferences in support of the so-called Syrian opposition groups. Naturally, the Turks are opposed to their government’s role in the merciless bloodshed across the border. According to opinion polls, “some 70.8 percent of respondents think the AKP’s policy on Syria is wrong.”


Erdogan’s policy towards Syria has backfired on him in the worst possible way; today he seems to be falling in the same grave that he’s been digging for Assad. He dreams of becoming the most powerful leader in the Middle East but given the current situations in Turkey it looks like he is soon going to fall off his bed very soon…

It may be too early to predict Erdogan’s fall, but a careful observation of the recent events in the Middle East makes one wonder whether Taksim Square will turn out to be another Tahrir Square.

I wish Erdogan and others like him learn from Egypt’s Mubarak, Yemen’s Saleh and Tunisia’s Zine Al-Abedine before they end up like Libya’s Gaddafi…

Posted by Stewart at 6:59 AM No comments: