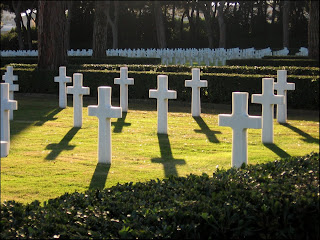 Washington - Newly diagnosed cases of post-traumatic stress disorder among U.S. troops sent to Iraq and Afghanistan surged 46.4 percent in 2007, bringing the five-year total to nearly 40,000, according to U.S. military data released on Tuesday.

The statistics, released by the Army, showed the number of new PTSD cases formally diagnosed at U.S. military facilities climbed to 13,981 last year from 9,549 in 2006.

The numbers rose as President George W. Bush poured extra forces into Iraq to try to quell sectarian violence and extended Army tours from 12 to 15 months. The United States has also sent more forces to Afghanistan.

The figures, encompassing all four branches of the U.S. armed services, showed that the Army alone had 10,049 new PTSD cases last year.
This brings to 39,366 the number of PTSD cases diagnosed at military facilities between January 1, 2003, and December 31, 2007, among troops deployed to Iraq or Afghanistan.

Army officials said the larger number of PTSD diagnoses in recent years partly reflects greater awareness and tracking of the disorder by the U.S. military.

PTSD is a health condition that can result from wartime trauma such as being physically wounded or seeing others hurt or killed.
Symptoms range from irritability and outbursts of anger to sleep difficulties, trouble concentrating, extreme vigilance and an exaggerated startle response. People with the condition can persistently relive the traumatic events that initially induced horror or helplessness.

The Pentagon has come under mounting political pressure in recent years to enhance treatment for PTSD amid criticism that initial programs were inadequate.

Army officials on Tuesday emphasized that the data do not reflect the actual number of troops and war veterans who suffer from PTSD, many of whom do not seek treatment or have been diagnosed at civilian facilities where records are confidential.

A recent study by the RAND Corp. estimated about 300,000 troops, or 18.5 percent, of the more than 1.5 million troops sent to Iraq and Afghanistan exhibit symptoms of either PTSD or depression.

The Bushes and Hitler's Appeasement 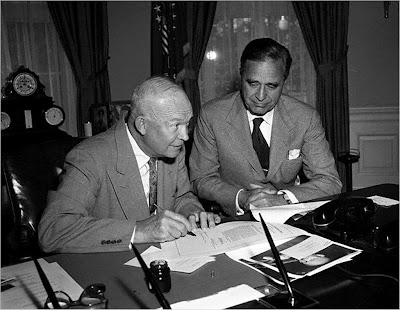 The irony of George W. Bush going before the Knesset and mocking the late Sen. William Borah for expressing surprise at Adolf Hitler's 1939 invasion of Poland is that Bush's own family played a much bigger role assisting the Nazis.
If Borah, an isolationist Republican from Idaho, sounded naive saying "Lord, if only I could have talked to Hitler, all of this might have been avoided," then what should be said about Bush's grandfather and other members of his family providing banking and industrial assistance to the Nazis as they built their war machine in the 1930s?

The archival evidence is now clear that Prescott Bush, the president's grandfather, was a director and shareholder of companies that profited from and collaborated with key financial backers of Nazi Germany.
That business relationship continued after Hitler invaded Poland in 1939 and even after Germany declared war on the United States following Japan's bombing of Pearl Harbor in December 1941. It stopped only when the U.S. government seized assets of Bush-connected companies in late 1942 under the "Trading with the Enemy Act."

So, perhaps instead of holding up Sen. Borah to ridicule, Bush might have acknowledged in his May 15 speech that his forebears also were blind to the dangers of Hitler.

Bush might have noted that his family's wealth, which fueled his own political rise, was partly derived from Nazi collaboration and possibly from slave labor provided by Auschwitz and other concentration camps.

A more honest speech before the Knesset - on the 60th anniversary of Israel's founding - might have contained an apology to the Jewish people from a leading son of the Bush family for letting its greed contribute to Nazi power and to the horrors of the Holocaust. Instead, there was just the jab at Sen. Borah, who died in 1940.

President Bush apparently saw no reason to remind the world of a dark chapter from the family history. After all, those ugly facts mostly disappeared from public consciousness soon after World War II.

Protected by layers of well-connected friends, Prescott Bush brushed aside the Nazi scandal and won a U.S. Senate seat from Connecticut, which enabled him to start laying the foundation for the family's political dynasty.

In recent years, however, the archival records from the pre-war era have been assembled, drawing from the Harriman family papers at the Library of Congress, documents at the National Archives, and records from war-crimes trials after Germany's surrender.

Managers for the Powerful

One can trace the origins of this story back more than a century to the emergence of Samuel Bush, George W. Bush's great-grandfather, as a key manager for a set of powerful American business families, including the Rockefellers and the Harrimans. [See Consortiumnews.com's "Bush Family Chronicles: The Patriarchs."]

That chapter took an important turn in 1919 when investment banker George Herbert Walker teamed up with Averell Harriman, scion to a railroad fortune, to found a new investment banking firm, W.A. Harriman Company.

The Harriman firm was backed by the Rockefellers' National City Bank and the Morgan family's Guaranty Trust. The English-educated Walker assisted in assembling the Harriman family's overseas business investments.

In 1921, Walker's favorite daughter, Dorothy, married Samuel Bush's son Prescott, a Yale graduate and a member of the school's exclusive Skull and Bones society. Handsome and athletic, admired for his golf and tennis skills, Prescott Bush was a young man with the easy grace of someone born into the comfortable yet competitive world of upper-crust contacts.

Lifted by the financial boom of the 1920s, Prescott and Dorothy Bush were on the rise. By 1926, George Herbert Walker had brought his son-in-law in on a piece of the Harriman action, hiring him as a vice president in the Harriman banking firm.

Thyssen, an admirer of Adolf Hitler since the 1920s, joined the Nazi Party in 1931 when it was still a fringe organization. He helped bail the struggling party out with financial help, even providing its headquarters building in Munich.

Meanwhile, Averell Harriman had launched the Hamburg-Amerika line of steamships to facilitate the bank's dealings with Germany, and made Prescott Bush a director. The ships delivered fuel, steel, coal, gold and money to Germany as Hitler was consolidating his power and building his war machine.

Other evidence shows that Prescott Bush served as the director of the Union Banking Corp. of New York, which represented Thyssen's interests in the United States and was owned by a Thyssen-controlled bank in the Netherlands.

As a steel magnate, Thyssen was amassing a fortune as Hitler rearmed Germany. Documents also linked Bush to Thyssen's Consolidated Silesian Steel Company, which was based in mineral-rich Silesia on the German-Polish border and exploited slave labor from Nazi concentration camps, including Auschwitz. But records at the National Archives do not spell out exactly when Bush's connection ended or what he knew about the business details.

In 1941, Thyssen had a falling out with Hitler and fled to France where he was captured. Much of Thyssen's empire went under the direct control of the Nazis, but even that did not shatter the business ties that existed with Prescott Bush and Harriman's bank.

It wasn't until August 1942 that newspaper stories disclosed the secretive ties between Union Banking Corp. and Nazi Germany.

No Kiss of Death

For most public figures, allegations of trading with the enemy would have been a political kiss of death, but the disclosures barely left a lipstick smudge on Averell Harriman, Prescott Bush and other business associates implicated in the Nazi business dealings.

"Politically, the significance of these dealings - the great surprise - is that none of it seemed to matter much over the next decade or so," wrote Kevin Phillips in American Dynasty.

"A few questions would be raised, but Democrat Averell Harriman would not be stopped from becoming federal mutual security administrator in 1951 or winning election as governor of New York in 1954. Nor would Republican Prescott Bush (who was elected senator from Connecticut in 1952) and his presidential descendants be hurt in any of their future elections."

Indeed, the quick dissipation of the Nazi financial scandal was only a portent of the Bush family's future. Unlike politicians of lower classes, the Bushes seemed to travel in a bubble impervious to accusations of impropriety, since the Eastern Establishment doesn't like to think badly of its own. [For details, see Robert Parry's Secrecy & Privilege.]

To this day - as President Bush showed by mocking the long-forgotten Sen. Borah and then wielding the Nazi "appeasement" club against Barack Obama and other Democrats - the assumption remains that the bubble will continue to protect the Bush family name.

However, the evidence from dusty archives suggests that the Bush family went way beyond appeasement of Adolf Hitler to aiding and abetting the Nazis.
--------

Robert Parry broke many of the Iran-Contra stories in the 1980s for the Associated Press and Newsweek. His latest book, "Neck Deep: The Disastrous Presidency of George W. Bush", was written with two of his sons, Sam and Nat, and can be ordered at neckdeepbook.com. His two previous books, "Secrecy & Privilege: The Rise of the Bush Dynasty from Watergate to Iraq" and "Lost History: Contras, Cocaine, the Press & 'Project Truth'" are also available there. Or go to Amazon.com.
-------
Posted by Stewart at 9:27 PM No comments: