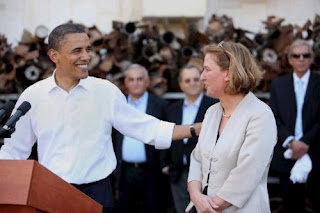 Weather you live in the Americas, Asia, Europe, or Africa, the majority of people in this World of ours just want to live a peaceful existence in their communities with their families.

For the past eight years, our planet has been beaten into submission by the words and actions of US dictator George Bush and his Imperial Storm Troopers. So if you believe that major change is needed in the World today, you are not alone in your thinking or beliefs.

“Change”, and “Yes we can” was the platform that Barrack Obama rode to the US Presidency on. The World was eager for change, so not only were these words heard across America, they began to echo across a planet that was desperate for a fix.

“Change”, and “Yes we Can” sounded a lot better than Bush’s words of, “You are either with us or against us.” “Weapons of Mass Destruction”, and “War on Terror”

So when Obama went up against John McCain and his continuance of the Imperial Empire, the World began pulling for Obama. What choice did anyone have?

The euphoria that was unleashed when Obama was announced as the winner and new President of the United States would probably have been felt on Mars, had someone been living there. But to make a point of how much the US citizens hated the Bush regime, right after the announcement, the White House was surrounded by thousands of jubilant citizens chanting the end of tyranny, and “Yes we can”. For me, that was the moment I will remember the most from Nov 4th 2008.

In hind sight, Hundreds of Millions of people secretly wished or prayed for some sort of misfortune to befall George Bush & Dick Cheney. Some, including myself are still hopeful that these prayers will be answered. I have a lot of old shoes filled with rocks that I would like to toss at them, but I would rather see them on trial for “War Crimes” and “Crimes Against Humanity”… “Yes we can!”

However, all the evils we face in today's World have been driven by a very small group of Wealthy power hungry families. This...cartel of sociopaths own controlling interests in all the Private Banks, Media, and Major Corporations around the World and have complete control of who will be politically successful and who will fail. They do not take chances, nor do they gamble on one politician. They control the entire game and we are left with the illusions of democracy, free speech and a co-opted political leader we elected.

The economic depression we find ourselves in today is no different than the economic crashes that have happened in the past. The results are always the same; the private banks get everything in the end including your freedom. We have become debt slaves in a game that the extremely wealthy own and control, and now they want our pensions and our children’s future.

The real solution that Obama and ALL the other World leaders "SHOULD ADOPT" is to nationalize the Banks, annul the debt accumulated in interest, and then make everyone in their Countries equal shareholder’s in the Banks. The result would be the elimination of high taxes, debt, inflation and poverty. The long-term gains would be a system free of debt and a World that would evolve to a higher level based on equality. Imagine that, all of us in control instead of a few sick individuals!

Nationalization of private banks would remove the autocracy that stops us from helping our fellow man. It would also take the power away from the very few that rule us with an iron fist and would initiate equality among all men and women in our World. The solution is a moral one and requires the masses to support it. But first they must be given the information to free themselves.

Banks and Corporations are set up to turn a profit for the shareholders at any cost. In most cases the majority shareholders are from the same greedy families. This sick model of society has caused global hardship and is the sole reason why the majority of the World lives in squalor with constant growth in war, disease and hunger.

Corporate and Banking governance is fascist in its structure, and with the collusion of elected officials in all governing parties, the Private Banking families are poised to impose their New World Order on us all. The Imperial fascist system enforced on the World is evil to its very core and must be abolished or many of us will perish under the boots of tyranny.

The illusion that we elect a Government is only that, an illusion. Especially when an organized group of corporations and banks sponsor the candidates that are presented for election. The real candidates that stand for the people never get the spotlight anymore and have not attained the Presidency since John F. Kennedy.

In 2008, the Population of the World was against the USA and its push for an American Imperial Empire. After 8 tyrannical years (2000 - 2008) of Bush Family Rule, Americans were divided and ready to revolt unless changes were made quickly.

Barrack Obama was chosen by the establishment to lead the Democrats because he spoke the words that the masses wanted to hear. Obama’s surprise visit to Berlin for a campaign speech in front of the German People back in the summer of 2008 was meant as a barometer reading of World opinion to see if he would be successful in regaining favor of the masses. Before that speech, Hilary Clinton was still in the Race as a democratic presidential hopeful, but then pulled out after a secret meeting. You must remember the press asking its audience in panic, “Where is Obama and Hillary?”

Obama was the Shadow government’s choice to lead because he was not only able to sway the American people, but was also successful in changing the Worlds opinion of the USA under his leadership. There was no other Presidential candidate that could turn the tide back into the Globalists favor, except Barrack Obama. So they chose him.

If a select group controls the media and the way in which news is reported, you pretty much have control of a very powerful medium that can be used as a propaganda tool against the people. Television is rife with repetition and planned suggestion delivered by loud overbearing mainstream television news that is owned by the corporate sponsors. There is no “IF” in the vocabulary of a control freak, and so the establishment chose Obama.

The people of Germany were also desperate for change in 1933 and followed Hitler in drunken worship because his words offered hope, change, and an end to the 14 years of economic depression that had strangled their country after World War 1. The private banks unwillingness to forgive the War debt and repatriation for the destruction of property is what caused Germany to suffer so severely and was the main catalyst for the rise of Hitler and the launch of the Second World War.

I believe History is repeating itself. Obama has swayed the masses with the promise of major change with direct solutions for the economy. This time the majority of people in drunken worship are from many nations. I see the same insane look in their eyes when they shout “Obama” as I saw in the eyes of those that supported "Hitler” seen in the old German newsreels.

Obama speaks of change, but nothing has or will change. For instance, more than 50,000 US troops will stay in Iraq indefinitely, he is increasing his troop buildup in Afghanistan, and has escalated military drone attacks in Pakistan. He offers talks with Iran but maintains the same rigid posture in his Pro Israeli conditions as the Bush regime. Obama supports Israel regardless of the atrocities they have committed on the innocent people of Palestine. He offers Russia a reset button, but still pushes a missile shield in Poland and the Czech Republic while maintaining all 700 military bases surrounding Russia and China.

I would say that Obama is going to be worse than Bush. He has staffed all his appointments with either former Federal Reserve (A Private Central Bank) employees or members approved by the Zionist lobby group AIPAC. Not to mention that his government has already passed a bill in the congress that will make mandatory service for 18 to 25 year olds a reality. His next step will be to stimulate the weapons manufacturers by beefing up their contracts. These 2 areas are where Obama will focus his back to work program…

In Obama, the Globalists get to seize the opportunity to finalize their plans of World domination through economic and military control. They have successfully pulled the sheet over the public's eyes, and put Obama on a pedestal for idol worship. Like lambs to the slaughter the sheep belt out what they have been told to…Ohhhhbaaaaaammmmma.

I feel that if we do not change the system that controls our society soon, there will not be a society to save. There is an evil lurking all around us and it is called the New World Order. It is time for the masses to make a stand. Turn off your TV’s, get informed and pass the information along to a minimum of 2 others, then ask them to do the same. Always remember that wealth is in the soul, not the bank. Get involved in your Community; it will be your salvation during the hardest times. Good Luck.