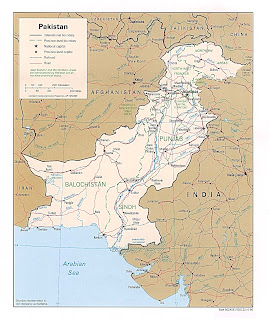 Will a false flag attack on the USA be imminent due to the events unfolding in Afghanistan and Pakistan?


It’s not by coincidence that the United States and other Western Powers have destabilized these countries because both are vital to the greedy western banking and business interests to secure a route for a planned gas pipeline that will run to the Arabian Sea while also securing precious minerals. It also serves to block a planned gas pipeline from Iran to Pakistan and India, the IPI Pipeline.

However, the official reason the Americans give is because Osama Bin Laden resides in both countries and finances the Taliban and Al-Qaeda.


World economics is governed by a few very wealthy families and has been so for a long time. Right now, the Oligarchs in control are in danger of losing their strangle hold on the global economy due to a decline in easily accessible oil.

Over the past 100 years, global planners have realized that economies do not grow when cheap energy supplies and their transit routes are not secured by acquisition or by force. One need only to pull out a World map and look at all the areas being contested today and what they have in common, to see that wars are being created to covet oil. At least by now, most people know that the Bush administration invaded Iraq to secure its continuation of Oil...and that oil continues being sold in US dollars. It is also known that the USA and its Western European allies must import and or control oil to keep their economies moving.

Pakistan has been an unlikely ally of the USA since the George Bush administration put a gun to their head in 2001 and said “Your either with us or against us.” The Pakistani government under General Pervez Musharraf immediately dropped its relations with the ruling Taliban government of Afghanistan and began an uneasy relationship with the US under threat of a military attack or invasion.

In return for the use of three Pakistani airbases by the American Military, the US government removed earlier imposed sanctions and resumed military and civilian aid to Pakistan. Incidentally, the US also improved their ties with Pakistan’s archrival “India” and began supplying India with nuclear technology along with new military hardware. Both these countries are unlikely allies of the United States but will probably remain allies as long as the freebees are flowing in their direction.

Since those infamous words “Your either with us or against us.” were spoken by George Bush, Pakistan has endured incursions into their Country by US drone attacks on their western provinces and had their Nuclear facilities monitored by the US military and CIA operatives.

The result has created more than 3 million Pakistani civilian refugees in the North West Tribal areas not including the 1.7 million Afghan refugees already there from the US led war in Afghanistan. It is understandable that the people of Pakistan are extremely infuriated with the increased American interference and war in their country. Seven out of ten (70%) of the Pakistani population of 180 million are outraged by US interference.

The fact that Pakistan is completely bankrupt and that the US is paying the Pakistan army is quite disturbing. Of course, this tactic of paying others to fight their wars is not new considering that the USA pays 140,000 mercenaries for the wars in Iraq and Afghanistan. The American taxpayer pays for companies like Blackwater, (who answer to no one) to destroy other countries while committing war crimes.

The real reason the US government hires people to do their fighting is that they cannot find enough people at home to join their Wars short of imposing a draft, so they must purchase their soldiers.

The threat for Pakistan is by the point of a gun at their heads with the added threat of a heavily armed, “India” also courtesy of the US tax payer.

On the surface, and looking at the economics today, the US cannot afford to man another war, because, quite simply, they are bankrupt. But there is also a growing opposition to the wars in Afghanistan and Iraq by a majority of the American people. The American people have had enough and want all the troops to come home. Case in point, the US Military is having a hard time finding new recruits. The Americans cannot get their allied nations to supply troops either because allied leaders are under pressure by their own populations to leave or stay out of Afghanistan altogether.

I’d say that overall the trend would be for the Americans to start planning an exit strategy of both Iraq and Afghanistan. I mean, how determined can the USA be in staying the course while borrowing billions of dollars from world powers such as China, Japan, and Saudi Arabia for an unwinnable war?

Just recently, Us President Barack Obama made public that he will not rush into committing 40,000 additional soldiers in Afghanistan. Could it be that they are waiting for the results of the run-off election in Afghanistan on November 7th, 2009? Considering that the UN inspector whom unearthed the fraudulent ballots from the last Afghan election was fired at the request of American officials, it appears the Americans need a Karzi victory to ensure additional troop deployments. Or do they?

As I am writing this, US troops are training Georgians for the Afghan War> The carrot for Georgia? Entrance into NATO. What do you suppose Russia thinks about that one?

Meanwhile, State Dept official “Mathew Hoh” resigned his post in Afghanistan stating he believes that, “The people who are fighting us are fighting us because we are occupying them. Not for any other reason…” It seems to me that Washington faces an uphill battle to sell a War nobody wants. Well, except maybe Georgia…


Of course, there are a number of US Government officials that want to deploy more troops to Afghanistan right now. How determined are these people, and who do they represent? It’s quite scary that there are lawyers in power that want to send somebody else’s children to die in an unwinnable war while they get kickbacks from the weapons corporations in campaign contributions. Who gets the last say? Certainly not the American people.

The car bomb explosion in a Peshawar market on October 28th, 2009 does not serve Pakistani Taliban interests, so why would they do it? In fact, it is more likely that the bombing was a CIA operation to turn civilians support of the Taliban into support for the American Backed Pakistan Army.

Let’s face it, the Americans are unwelcome in Pakistan; so does the US Pentagon really believe that the next best thing for the US military to be accepted by the people of Pakistan is in the form of a US backed Pakistan Army? Personally I do not think it will work. Throughout history, the occupied people have never welcomed invaders or collaborators.

There is only one scenario that would embolden the Pentagon to increase troop deployment in Pakistan, and that would be in response to a major terrorist attack on a US city blamed on terrorists from the region.

What would happen if a nuclear attack does occurs in a major US city? Well for one thing, no sane person would do such a thing. However, we are not dealing with sane people, so let us look into this scenario.

First, since it would have to be carried out by internal operations, like those that work for the military industrial complex, they would probably pick a date with some sort of significance, say November 11th, 2009 (2009-11-11) The date would tie into a reminder of 911, September 11th 2001, and a huge wave of media propaganda would be unleashed.

Considering the absence of investigative journalism in today’s Corporate media, it is a given that they would talk about nothing else but weapons of mass destruction, terrorists, al-qaeda, and domestic traitors.

Next, World governments would give the American Government the green light to invade a country the way they did in 2001 after the World Trade Center bombings in New York City....and since the mainstream media always sensationalizes a disaster with propaganda, one million people would join the US military the next day as they did when Pearl Harbor was attacked in 1941. I suppose it would also solve the American job shortage?

Who Gets the Finger?

The US requires secured oil and gas pipelines throughout the Eurasia and the Middle East but the most important one for the future will run through Afghanistan and Pakistan.

Pakistan is now the target of a bombing campaign and since the country is impoverished and the government is bankrupt, bribery becomes an easy tool for anyone with money, and don’t forget, the media has put the question of nuclear safety in the minds of their viewers. Even though the CIA and special military operatives control Pakistan’s nuclear weapons.

In all probability, the next attack will be a CIA sponsored false flag event on US soil to galvanize the American peoples opinion in favor of continuing war in Afghanistan AND Pakistan. The event will also gain World support and their inclusion into the endless War on terror that will rip the World apart. If this scenario unfolds, the US Government will declare martial law and begin a witch-hunt at home starting with those that oppose their war.

Then again, the Americans just might come home from Iraq and Afghanistan conceding defeat and bankruptcy, without securing an energy supply that their Oligarchs need to maintain their economic lifestyle. Maybe the Wars will end…but I doubt it.