Russia says no to unilateral sanctions 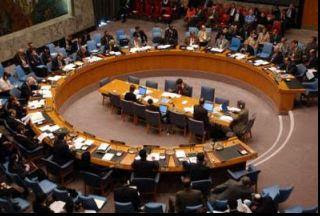 
Russia has warned against imposing unilateral sanctions against Iran, saying that any such move would be "unacceptable."

The Russian Foreign Ministry issued a statement on Wednesday saying that the new Iran sanctions were meant to encourage a diplomatic solution to the dispute overt Iran's nuclear program.

"It is clear that the sanctions will not settle the problem of Iran's nuclear program by themselves," it said.

"Our efforts aim to give impetus to a political and diplomatic settlement of the issue," AFP quoted the statement as saying.

The Russian Foreign Ministry stated that a UN Security Council resolution adopted earlier on Wednesday did not impose "stifling or paralyzing" sanctions on Iran and ruled out the use of force.

"Nothing in the resolution would warrant measures or actions that go beyond the limits of the resolution, including the use of force or threats to use force," it said.

Russia also warned against unilateral sanctions by other countries.

"For us, any such attempts to go beyond the Security Council are unacceptable," the Foreign Ministry statement said.
Posted by Stewart at 8:12 AM