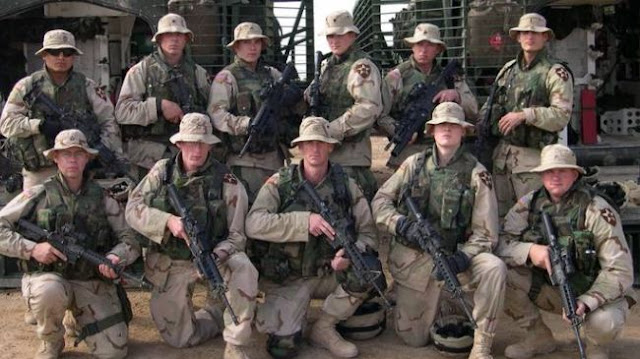 US re-deploy's its military forces in Iraq.


The American military has recently deployed a unit of US Army Special Operations soldiers to Iraq in what the US claims is an effort to offer advice on counter terrorism and intelligence.

The United States is again pushing for an agreement with the Iraqi government to redeploy small units of American soldiers to Iraq on military training missions and also to accelerate weapon sales to the country in a move to secure the oil-rich Persian Gulf nation as an ally, said the American commander in charge of the effort, Lt. Gen. Robert L. Caslen, the New York Times reported this week.

According to Caslen, the United States is encountering difficulties in the delivery of weapons desired by Iraq, particularly anti-aircraft systems, so that it can prevent Baghdad from seeking required arms from other countries, including Russia.

Iraq, according to the report, is negotiating with Russia to purchase air defense systems that could be delivered much faster than those acquired from the United States.

Meanwhile, Washington is reportedly providing Baghdad with refurbished anti-aircraft guns, which would not be delivered until June.

The US military pulled out of Iraq at the end of 2011 after intense talks to maintain American troop presence in the country collapsed since the Iraqis refused to agree to provide legal immunities for the occupying forces.
Posted by Stewart at 7:52 AM