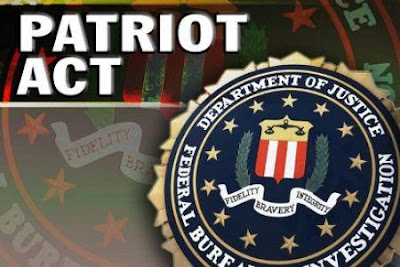 Congress headed toward approval of a four-year extension of expiring provisions of the PATRIOT Act after the Senate voted overwhelmingly Monday to advance the anti-terrorism law over the objections of a coalition of conservatives and liberals.

Because of strong support from the Obama administration, a bipartisan majority in both the House and Senate is expected to ensure passage this week, preventing a lapse of the federal enforcement powers. The provisions expire Friday.

"It is essential to avoid any hiatus in these critical authorities," the White House said in a statement of administration policy.

The law has troubled civil libertarians and conservatives since its enactment after the Sept. 11 attacks.

The sections of the law expiring Friday include the so-called roving wire tap provision, which allows investigators to continue eavesdropping even when a suspect switches phones.

Another section allows authorities to conduct broad personal records investigations, a provision that has become known as the library records provision. And a so-called lone-wolf provision allows the government to track foreign terror suspects even if they are not linked to a known terrorist group.

In all cases, a court order is required for monitoring.

The Senate voted 74-8 on Monday to advance the bill. SF Gate

Congress overwhelmingly passed the original PATRIOT Act in October 2001. Over time, for those who believed that government power had expanded too far, the act became a symbol of eroding civil liberties and privacy rights. NYT

For nearly 10 years, the PATRIOT Act has allowed the government to abuse the privacy of innocent Americans by spying on them without cause or accountability. consumercal.blogspot.com

The government more than quadrupled its use of secret court subpoenas, known as 215 orders, which give the government access to "any tangible thing," including a wide range of sensitive information such as financial records, medical records, and even library records. In 2010, the FBI made 96 applications, up from just 21 in 2009. pinewswire.net

There was also a huge increase in National Security Letters, (NSLs) which allow the FBI to demand records related to a broad range of personal information, including financial records, a list of e-mail addresses with which a person has corresponded, and even the identity of a person who has posted an anonymous speech on a political website, all without the permission or supervision of a court. libertyvoice.net

The future of the PATRIOT Act is rounding into shape, and, despite protests from civil liberties advocates, it's unlikely anything will change. The Atlantic