US reaffirms stance on Palestine borders 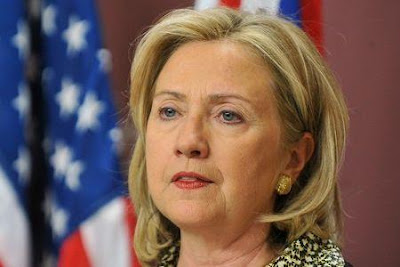 US Secretary of State Hillary Clinton

US Secretary of State Hillary Clinton has reaffirmed the US stance that the borders of a Palestinian state should be based on the 1967 borders.

During a joint press conference with British Foreign Secretary William Hague in London on Monday, Clinton said, “The United States has outlined principles that we believe provide a foundation for negotiations to resolve core issues and the conflict and all claims.”

“Everyone knows what the result should be: Two states for two people with secure and recognized borders based on the 1967 lines with mutually agreed swaps,” she added.

Commenting on US President Barack Obama's position, she said, “As the president now has said twice in the last three days, this is a well-known formula to all who have worked on this issue for a generation.”

She also stated that talks should be based on “security arrangements that ensure Israel can effectively defend itself by itself.”

However, during recent talks with Obama in the Oval Office, Israeli Prime Minister Benjamin Netanyahu told the US president that Tel Aviv would not make the withdrawal necessary to make way for the establishment of an independent Palestinian state.