Iraq war was worth doing: Hague 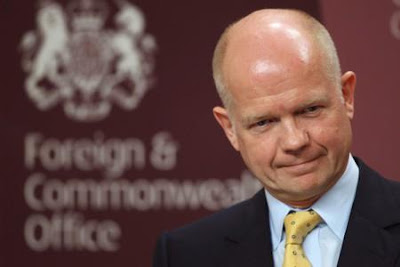 UK Foreign Secretary William Hague says that Iraq war has made it "a better place," as the British troops finally departed from Iraq.

"It is a much better place than we found it. Remember it was a ruthless dictatorship, and a menace and a danger to the peace of that region and the wider world,” Hague said regarding the end of British army's eight-year presence in Iraq.

"It has been worth doing what we've done," he added.

Britain has played a key role in the US-led invasion of Iraq which began in 2003, in which 46,000 British personnel were engaged.

The large number of British combat troops left Iraq in July 2009, but scores of the Royal Navy officers stayed at the port of Umm Qasr in order to train the Iraqi navy.

The remaining 81 sailors left Iraq on Sunday and formally put an end to the operation.

Former British prime minister Tony Blair had also said at his second appearance at Iraq Inquiry that the war had made the world safer, saying he had no regrets about the war that removed the Iraqi “monster.”