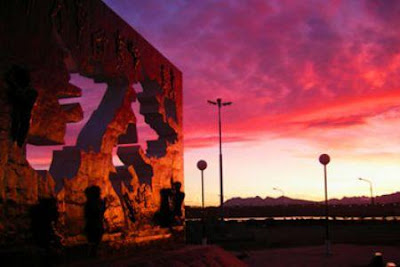 A British senior military figure says Britain would not be able to confront Argentina over Las Malvinas, sending a clear signal to British officials to stop boasting of UK's military capability.

Former head of the British army General Sir Michael Jackson said that it would be impossible for the British military to confront Argentina in case a military confrontation takes place over the sovereignty of the Malvinas islands.

“What if an Argentinean force was able to secure the Mount Pleasant airfield? Then our ability to recover the islands now would be just about impossible,” said Jackson in an interview with the Sunday Telegraph.

The comments were a response to Argentinean President Christina Fernandez who hit out at British Prime Minister David Cameron for accusing her country of colonialism.

“In this upside down world, in my absence I've heard they were calling as colonialists,” said Fernandez.

However, Fernandez underlined the importance of diplomacy and negotiations over the disputed islands as she promised the Argentinean people to rigorously work and have Britain sit at the table of negotiation.

“We will continue claiming our Islands with far more political, juridical, and diplomatic rigour and with the so many supports that we are receiving. But it's good to remember that this is not an overnight achievement, it has taken years,” said Fernandez.

Proud of their victory in the 74-day war in 1982, British officials have been provocative as the country's Ministry of Defence announced a contingency plan to increase their military presence on the island.

Moreover, Duke of Cambridge Prince William is supposed to spend six weeks on the islands as a search-and-rescue co-pilot.

Despite the provocative line taken up by Britain, its military capability has been seriously questioned as the Harrier fleet, Britain's aircraft carriers that secured her victory in 1982, is sold to the US Marine Corps.