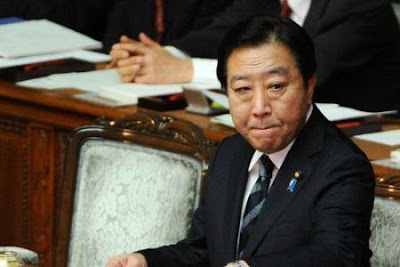 "It is indeed the major source of risks for the global economy," Noda said, speaking via video link from Tokyo to Davos forum in Switzerland.

"Within the eurozone there should be major steps to alleviate the concerns of the international community and the markets," he added.

The prime minister said that his country "stands ready to support the European efforts as much as possible," recalling that Japan has contributed to the European Financial Stability Facility.

Europe is battling a debt crisis that so far has prompted two international credit rating agencies to cut the ratings of at least five of its members including Italy, Spain and the second largest EU economy, France, which lost its triple-A credit rating.

"Once the credibility of a nation is lost there is no way to get it back easily. The European debt crisis is a clear case in point," Noda added.

There are fears that more delays in resolving the eurozone debt crisis, which began in Greece in late 2009 and infected Italy, Spain and France last year, could push not only Europe but also much of the rest of the developed world back into recession.

The five-day conference in Davos, which began on Wednesday, focuses on issues such as the European debt crisis, financial instability in the West, social unrest and rising inflation. Some 2,500 political and business leaders from around the world including 35 heads-of-state are attending the annual meeting.