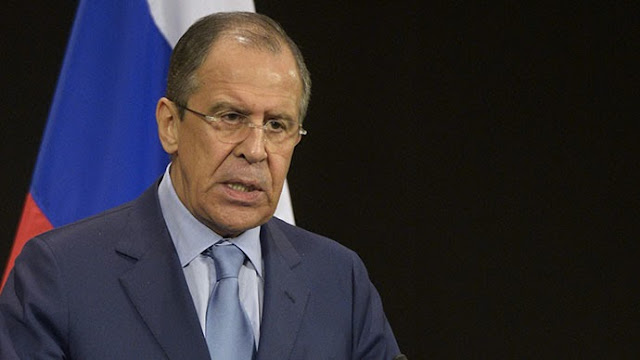 Russian Foreign Minister Sergey Lavrov has said that a 'regime of secrecy' by the West is unacceptable with regard to Syria and evidence of the use of chemical weapons there. Information sharing is a must.

The Foreign Minister spoke during an address to the students of the Moscow State University of International Relations.

"If there truly is top secret information available, the veil should be lifted. This is a question of war and peace. To continue this game of secrecy is simply inappropriate."

Samples collected by first responders after the August 21 chemical attack in a Damascus suburb have tested positive for the sarin nerve agent, US Secretary of State John Kerry told US media as he sought build support for a military strike. No knowledge of who was behind it has yet come to light.

In a later appearance on CNN, Kerry said that the evidence, which was gathered independently of the UN, strengthened Obama's call for military action against the regime of President Bashar Assad, which the US accuses of being responsible for the chemical weapons attack.

"Each day that goes by, this case is even stronger," Kerry said, calling the case 'overwhelming.'

Minister Lavrov has called the information provided to Russia by the US 'inconclusive'.

"We were shown some sketches, but there was nothing concrete, no geographical coordinates or details... and no proof the test was done by professionals... there were no comments anywhere regarding the experts' doubt about the footage circulating all over the internet," Lavrov said.

He added that "what our American, British and French partners have shown us before - as well as now - does not convince us at all. There are no supporting facts, there is only repetitive talk in the vein of 'we know for sure.' And when we ask for further clarification, we receive the following response: 'You are aware that this is classified information, therefore we cannot show it to you.' So there are still no facts."

Shortly before Minister Lavrov's Q&A session took place, the United States ordered its nuclear-powered aircraft carrier USS Nimitz, along with four destroyers and a cruiser, to move west in the Arabian Sea toward the Red Sea, in preparation for a possible strike, according to a US official's words to Reuters.

Later on Monday at another press conference with his South-African counterpart, the minister continued the line of reasoning that the upcoming peace talks are under a grave threat of being derailed completely if the American strike takes place. Already, Lavrov said, we can hear those that side with the strike pushing "not for a surgical tactic, but a wider and deeper strike on the country."

The Minister explained that every effort was made to bring the Syrian rebels to the negotiating table and that the Geneva framework was in place. However, it appeared that Russia's partners in the matter - especially those who back the rebels - were less interested in the conference than in creating "controlled chaos", as Lavrov put it.

Finally, he warned that a strike on Syria would lead to a huge increase in extremism and have the opposite effect to what the backers desire.